I’m all about balance, I think it’s the most important thing in a healthy and happy life. As soon as you get into extremes and only do one thing or only believe one thing, shutting the rest out, you no longer have an accurate perception of reality. If you don’t consider other things, and experiment with other things, you’ll never really know what’s true and what’s right. If you’ve never been sad you won’t really understand happiness, right? What I want to talk about right now is what I think is one of the most important things to balance in your life- Science and Religion. I’m not particularly religious. I had a Bar Mitzvah, the Jewish coming of age, but since then I haven’t been all that active. I think I’m generally more influenced by science. I can learn about and understand the basics of evolution and gravity and space. We have fossils and telescopes, evidence to support all the things we are learning. Religion is often based on a book filled with stories about miracles, and a God that we can’t see. It seems easy to say that science is true and religion is not. But I don’t think that’s the answer. Some people don’t believe in science, only religion. They can understand the lifestyle their God has laid out for them. They know what they’re supposed to do and choose to block out the science that sometimes contradicts it. But I don’t think that’s the right answer either. Now you’re getting into extremes, away from that essential balance.

So what is the answer? I think that science provides us with an explanation of how and why things work the way they do, but not necessarily why it matters. It doesn’t necessarily give us the relevance, the inspiration, the hope. When you look strictly at science, you might find that you are just one out of billions of people, stuck to a little hunk of rock, floating in circles around a medium sized star, in the outskirts of a galaxy, in an insignificant fraction of the universe. Science can explain that. And it leaves you feeling very unimportant. Religion is the hope. Religion tells you about your commitment to your God and your fellow man. Religion talks about miracles and beauty, and leaders and heroes. Most religions follow a book made up of stories. We don’t generally have evidence to back those stories up, we don’t know if they are true.  But does it matter? I think the purpose of the stories, the purpose of religion, isn’t to educate you on what happened back then, but to inspire you. To give you an opportunity to learn from the mistakes and the successes of the characters in the stories. To take that into your own life. Religion teaches us morals. Science teaches us facts.

I don’t think you can rank either science or religion as more important than the other. Both bring essential things to the table. Both are necessary. And I think that finding a balance between the two of them, a balance between knowledge and wisdom, understanding and hope, is the only way you can live a healthy, happy, and balanced life. 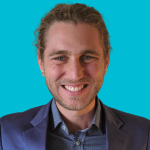 Science and Religion by Dustin is licensed under a Creative Commons Attribution-NonCommercial 4.0 International License.

One thought on “Science and Religion”